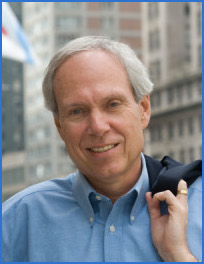 Robert Creamer has been a political organizer and strategist for four decades. He and his firm, the Strategic Consulting Group, work with many of the country's most significant issue campaigns. He was one of the major architects and organizers of the successful campaign to defeat the privatization of Social Security. He has been a consultant to the campaigns to end the war in Iraq, pass universal health care, hold Wall Street accountable, pass progressive budget priorities, and enact comprehensive immigration reform. He works with Americans United for Change where he helped coordinate the campaign to pass President Obama’s landmark jobs and economic recovery legislation.

During the 2008 Presidential Election he worked for the Democratic National Committee as National Coordinator of field based rapid response to Republican candidates McCain and Palin. During his career, he has worked on hundreds of electoral campaigns at the local, state and national level. He is also an author and regular contributor to the Huffington Post. Creamer is married to Congresswoman Jan Schakowsky from Illinois. His book is titled, Stand Up Straight: How Progressives Can Win.